“The older you get the more you realize that it isn’t about the material things, or pride or ego. It’s about our hearts and who they beat for.”

Have you ever met those types of people who when you’re around them, you just feel good? Crystina and Sam are those people. They radiate love in everything that they do. When Crystina reached out to me about documenting the birth of their sixth baby, there’s no way that I could say no.

We had been in touch with each other since the very beginning of her pregnancy and before we knew it, she was approaching full term. Her OBGYN scheduled for her to be induced on Monday, May 20th. Crystina warned me that she typically has long labors but even she wasn’t quite prepared for what her dear daughter had in store. Regardless, I was ready for it all.

Crystina and Sam arrived at Guthrie Corning Hospital around 6:30 on the morning of their scheduled induction date. It wasn’t until around 9:30 that she was finally hooked up to Pitocin to get the ball rolling. We stayed in touch with each other throughout the day but much to all of our surprise, very little progress was happening. There was progress but it was  s l o w.

Once night time started to approach, I received the text from Crystina implying that it was time to get the show on the road. I arrived at Guthrie around 7:30 to find her, Sam, and their super supportive family seemingly having the time of their lives. There were snacks, card games, and funny stories. It was a labor party for sure. Crystina was all smiles, hovering over 5cm dilation, and not feeling any sign of discomfort that would imply that her baby was going to make her appearance anytime soon.

Much of our night followed this pattern. It wasn’t until the early hours of the next morning started to approach, when everyone decided that they should probably try to get some sleep, that we started to see some proof of progression. Crystina began to feel increasingly uncomfortable a short time before midnight and at 2:52 am her and Sam’s beautiful baby girl was born.

I headed home around 4:00 am so that Crystina and Sam could get some much-needed sleep and have some time to bond with their new baby alone. They invited me back to their hospital room later that evening to capture some sweet Fresh 48 photos of Penaelope all dressed up. I couldn’t believe how much she had changed in just 12 hours!

Thank you so much for welcoming me into your birth space and for trusting me as your photographer. You all are so, so loved. 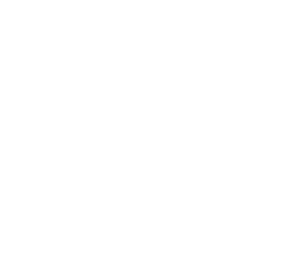